I read about a third of it. I found the story wandered and wasn't clear. His treatment of Rosalind Franklin sounded like something written in the 1950s. It was at that point that I decided the book ... Read full review 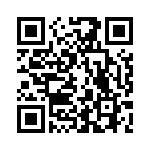