This is an outstanding book well worth reading. It requires concentration and frequent rereading to digest the numerous references and the requirement to have an atlas on hand to try to keep up with the details furnished.
Stephen 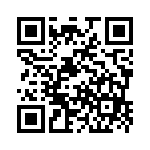