Page 238
Goyder's success , it is true , restored a measure of confidence both in Great Britain and Australia , and led to attempts to develop the country by pasturing , mining and agriculture , but , in every industry , the isolation ...
Page 240
In South Australia , where the environment was very favourable , the plantation met with greater success , but even in ... it was remarkably successful in its broad principles , the promotion of emigration and the sale of waste land .
Page 379
After 1897 an annual surplus told of his success . But was it success ? Between 1895 and 1900 the colony lost 75,000 of its people by emigration , chiefly to the goldfields of Western Australia . The growth of its people numbered less ...

104 other sections not shown 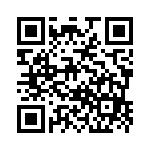