Page 2
Examples are $$18, 19, 20, 21 ("La façon..." to nigakichsa-), and 43. In various
places, as one might expect, the Principes is not particularly clear. For example,
in the accompanying text, in addition to a rather large number ofindividual words
...
Page 5
For example, $2 of the 1661 version contains four Algonquin examples. This
paragraph has been incorporated into page 1, paragraph 2, ofthe 1662 version,
but the four examples have been reduced to two, and only one of the two
examples ...
Page 26
Unlike some iambic Algonquian languages (see, for example, Valentine 1994 on
Ojibwa), vowel deletion is optional in SE Cree. Devoicing optionally affects /a/, /i/
and/u/when the vowel occupies a metrically weak position (see, for example, ... 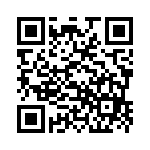