Page 208
During the life of the first Parlia- ment relations between French and English , if not cordial , were at least sufficiently harmonious to prevent obstruction of public business . After the second provincial election , held in 1796 ...
Page 717
... communicated with the General Officer Commanding and laid down that the despatch " was not intended to exonerate the Govern- . ment of the Dominions from any responsibility in taking a share in its own naval defence " .
Page 908
land , 137 see Grant , George Monro , his Ocean to Ocean , 577 , 578 Grant , Major , 106 Granville , Earl , Colonial Secretary , 474 Gravelbourg , Saskatchewan , French setule . ment at , 525 Graves , Samuel , British Admiral ... 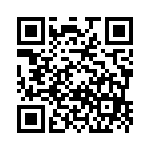