Gunther S. Stent was Professor of Molecular Biology at the University of California, Berkeley. He received his Ph.D. from the University of Illinois and was a member of the American Academy of Arts and Sciences and the American Philosophical Society. He was the author of Molecular Biology of Bacterial Viruses, Papers in Bacterial Viruses, Molecular Genetics, and Paradoxes of Progress, and the editor of Function and Formation of Neural Systems and Morality as a Biological Phenomenon. 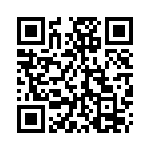