CHRISTOPHER HITCHENS (1949-2011) was the author of the New York Times bestsellers god Is Not Great, Hitch 22: A Memoir, Arguably: Essays, and Mortality, among others. A regular contributor to Vanity Fair, The Atlantic Monthly and Slate, Hitchens also wrote for The Weekly Standard, The National Review, and The Independent, and appeared on The Daily Show, Charlie Rose, The Chris Matthews Show, Real Time with Bill Maher, and C Span's Washington Journal. He was named one of the world's "Top 100 Public Intellectuals" by Foreign Policy and Britain's Prospect. 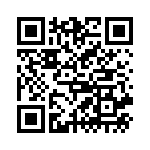