A surprisingly easy read. The chapters are short and the writing style is breezy. It's a very personal account of James Watson's experiences studying overseas and his efforts, along with others, to ... Read full review 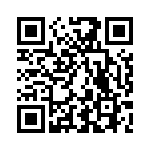