This book chronicles the rise of the jihadist movement, starting with mujahedin fighters in Afghanistan during the Soviet occupation in the 1980s. It continues with the rise of the Taliban and the ... Read full review

Interesting and important reading even in 2017 with the basic facts leading up to 9/11 pretty well known by anyone who has devoted even modest attention to the subject. Where the book excels in my ... Read full review

Steve Coll, winner of a 1990 Pulitzer Prize for explanatory journalism, has been managing editor of the "Washington Post" since 1998 and covered Afghanistan as the Post's South Asia bureau chief between 1989 and 1992. Coll is the author of four books, including "On the Grand Trunk Road" and "The Taking of Getty Oil. 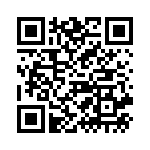