Theodore H. Moran, nonresident senior fellow, has been associated with the Peterson Institute since 1998. He holds the Marcus Wallenberg Chair at the School of Foreign Service in Georgetown University. He is the founder of the Landegger Program in International Business Diplomacy at the university and serves as director there. He also serves as a member of Huawei's International Advisory Council. From 2007 to 2013 he served as Associate to the US National Intelligence Council on international business issues.

Edward M. Graham (1944–2007) was a senior fellow at the Peterson Institute from 1990 to 2007. He also taught concurrently as adjunct professor at Columbia University in New York. Previously he was an economist at the US Treasury and taught full-time in the business schools of several US universities (MIT, University of North Carolina Chapel Hill, Duke University, among others). While serving at the Treasury, he was seconded for two years to the Organization for Economic Cooperation and Development (OECD) in Paris. He also served as visiting or adjunct faculty at the University of Virginia, Charlottesville; Stanford University (Washington Program); The Johns Hopkins University; Seoul National University; Harvard University (John F. Kennedy School of Government); INSEAD (European Institute of Administration, Fontainebleau, France); and the University of Paris I (Pantheon/La Sorbonne). His research interests have included foreign direct investment, international competition policy, and the industrial organization of major Asian economies.

Magnus Blomström has been a professor of economics at the Stockholm School of Economics since 1990 and president of the European Institute of Japanese Studies, Stockholm School of Economics since 1997. He was an assistant professor in the department of economics, University of Gothenburg (1985-87) and a research fellow at the Institute for International Economic Studies, University of Stockholm (1982-84). He is a research associate at the National Bureau of Economic Research and research fellow at the Centre of Economic Policy Research. 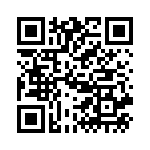