Page 301
THE REPORT : QUESTION OF AUTHORSHIP 301 and Wakefield's doubtful intrigues , found himself pledged to an unabridged Report and an immediate discussion , which took place on Monday , 11 February 1839. The Report appeared without its ...
Page 858
Report on the Affairs of British North America , with appendices , 1839. The edition cited in the narrative is that edited by Sir C. B. Lucas , 3 vols . Oxford , 1912. It contains an introduction , the Report , the Appendices without ...
Page 872
In addition to the general census reports , many bulletins and publications , monthly , annual , and occasional on industry have been issued by the ... Report of the Royal Commission on Relations of Capilal and Labour in Canada . 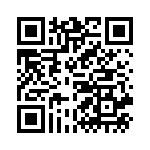