George Saliba is Professor of Arabic and Islamic Studies in the Department of Middle East and Asian Studies at Columbia University. He is the author or editor of six other books in Arabic and English. 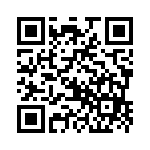