Page 8
The outcome in the Arab experience is noted by Foud Ajami , who paraphrases the critical views of poet - savant and fellow countryman Khalil Hawi : That whole Arab awakening ... “ had covered up the backwardness .
Page 15
This attention to people and things “ as they are ” called for critical scrutiny in the study and acceptance of sources and for detail in the capturing of information . Critical scrutiny in turn depended on personal intellectual ...
Page 37
However , when the issues of nationality and citizenship became critical , they were not be resolved by the Ottoman regime as various subject peoples went their own ways . In the final days of the sultanate , " Turk " meant " Muslim ...

2 other sections not shown

John W. Jandora is Supervisory Analyst with U.S. Army Special Operations Command. He is retired from the U.S. Marine Corps at the rank of Colonel, with active service in the Vietnam and Gulf Wars. He is Adjunct Professor of International Relations at Webster University, Fort Bragg-Pope Air Force Base, and a frequent lecturer at U.S. military schools, including the Command and General Staff College. He was twice deployed to Baghdad as a senior advisor in the Iraqi national security arena and served as Senior Advisor to the military and technical schools of the Saudi Arabian National Guard. He is the author of Militarism in Arab Society: An Historiographical and Bibliographical Sourcebook (Greenwood Press, 1997), Saudi Arabia: Cultural Behavior Handbook, and The March From Medina: A Revisionist Study of the Arab Conquests. He took his PhD in Near Eastern studies and Arabic from the University of Chicago. 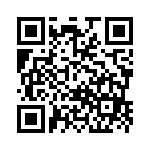