If anything, this book is a bit dated (it was published in 2004), but the issues the author details about debates regarding the separation of church and state are still relevant today. As someone who ... Read full review

A fascinating book so far, though very thorough and incredible detail. Founding Fathers rode a brief window of secularism that enabled them to implement the separation of church & state in the ... Read full review

Susan Jacoby is the author of several books, including Wild Justice, a Pulitzer Prize finalist. A contributor to The Washington Post, The New York Times, Newsday, and Vogue, she lives in New York City. 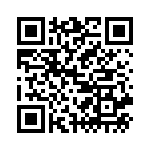