Page 547
Baptiste and Betsy Collin , Ojibwe was the predominant language . Her mother
was Ojibwe . Her father spoke English and French , but was probably fluent in
Ojibwe and spoke that language with his wife . While they were up the North ...
Page 586
Consider also , for example , the English indefinite pronouns , someone and
something . These pronouns crucially distinguish human from non - human , for
which there is only the most indirect mapping with Ojibwe , perhaps , in some
dialects ...
Page 587
I only note here that in Ojibwe myths of Nenabozho , people , animals , manitous ,
trees , and even body parts act as sentient beings with significant stakes in the
outcomes of mythic events , and that this is entirely consistent with much of the ... 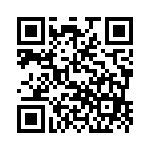