This is one of the books that I consider as a starting point / reference whenever I need to deal with a practical natural language processing (NLP) problem. I also have Natural Language Processing ... Read full review

Well written and even a little humorus in parts. The technical and mathematical descriptions are clearly written and understandable. Of the two books required for CS 401R, this was more easily used and referred to. Read full review 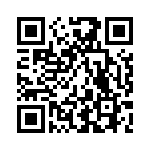