this book is yet incomplete depend on mythology not on facts bias infect SaddoZai was a blooch clan gradated from afghan Iran boarder to Kandhar pre Islam and acclimatises in pakhtoon society.By Muhammad Aslam

Ludwig W. Adamec is professor of near eastern studies at the University of Arizona, Tucson, AZ.

Frank A. Clements is director of information services at the College of St. Mark and St. John in Plymouth, England. 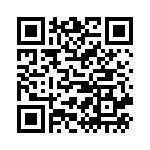