Page 494
of a national transcontinental railway , which would facilitate inter- provincial trade . Indeed , if trade was to flow east and west , rather than north and south , a transcontinental railway was not only a desideratum , but a ...
Page 533
After delay due to financial crises in the United States , railways began to push up to Manitoba from the south . ... In 1879 Stephen , Smith and Hill formed the St Paul , Minneapolis and Manitoba Railway Company .
Page 871
MACGIBBON , D. A. Railway Rates and the Canadian Railway Commission . Boston , 1917 . Early part gives carefully documented history of railway development . PAYNE , J. L. Articles in Railway Age Gazette , New York , vol . 61 , p .

141 other sections not shown 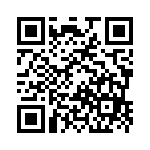