King-Kok Cheung is Associate Professor of English at UCLA. She received her Ph.D. degree in English from the University of California, Berkeley. She is also the author of Asian American Literature: An Annotated Bibliography. 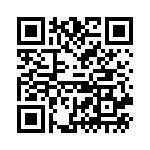