John Sedgwick is Principal Research Fellow at the University of North London. 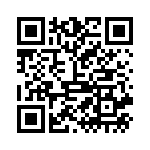