Winner of the 2002 DeGroot Prize. Awarded by the International Society for Bayesian Analysis to a book judged to represent an important, timely, thorough, and notably original contribution to the statistics literature.
Probabilistic expert systems are graphical networks that support the modelling of uncertainty and decisions in large complex domains, while retaining ease of calculation. Building on original research by the authors over a number of years, this book gives a thorough and rigorous mathematical treatment of the underlying ideas, structures, and algorithms, emphasizing those cases in which exact answers are obtainable. It covers both the updating of probabilistic uncertainty in the light of new evidence, and statistical inference, about unknown probabilities or unknown model structure, in the light of new data.
The book will be of interest to researchers and graduate students in artificial intelligence who desire an understanding of the mathematical and statistical basis of probabilistic expert systems, and to students and research workers in statistics wanting an introduction to this fascinating and rapidly developing field. The careful attention to detail will also make this work an important reference source for all those involved in the theory and applications of probabilistic expert systems.
Robert G. Cowell is a Lecturer in the Faculty of Actuarial Science and Statistics of the Sir John Cass Business School, City of London. He has been working in the field of probabilistic expert systems for over a decade, and has published a number of research and tutorial articles in the area.
A. Philip Dawid is Pearson Professor of Statistics at University College London. He has served as Editor of the Journal of the Royal Statistical Society (Series B) and of Biometrika, and as President of the International Society for Bayesian Analysis. He holds the Royal Statistical Society Guy Medal in Bronze and in Silver, and the G. W. Snedecor Award for the Best Publication in Biometry.
Steffen L. Lauritzen is Professor of Mathematics and Statistics at the University of Aalborg. He has served as Editor of the Scandinavian Journal of Statistics. He holds the Royal Statistical Guy Medal in Silver and is an Honorary Fellow of the same society. He has, jointly with David J. Spiegelhalter, received the American Statistical Association's award for an "Outstanding Statistical Application."
David J. Spiegelhalter is a Senior Scientist at the MRC Biostatistics Unit in the Cambridge University Institute of Public Health. He has published extensively on Bayesian methodology and applications, and holds the Royal Statistical Society Guy Medal in Bronze and in Silver. 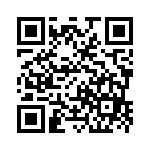