Page 320
S.S. Apte was explicit on this point in his opening speech at the founding conference of the VHP : Vishnuites , Saivites , Lingayats , Advaits , Dalits , Vishnuite - Dvaits , Sikhs , Jains , Buddhists - in fact all the panth ...
Page 327
30 On 14 July , the VHP sponsored a Hindu Solidarity Conference in Meenakshipuram which assembled several swamis from Madurai , Thanjavur , and Madras , under the auspices of Swami Vishvesh Tirth , the head of the Madhva sect .
Page 353
The conference was to be held at Kanavati , Ahmedabad , but because of the Ramjanmabhoomi - Babri Masjid issue , it was postponed from October 1990 to February 1991 and moved from Ahmedabad to Vadodara ( Supplement to General ... 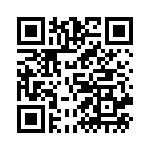