Essential, bloody, real and tragic. One important underlying issue is what this means for the future, because there are similarities between the inflation of the Afghan government with western cash ... Read full review

This book chronicles the rise of the jihadist movement, starting with mujahedin fighters in Afghanistan during the Soviet occupation in the 1980s. It continues with the rise of the Taliban and the ... Read full review

Steve Coll is the author of the Pulitzer Prize-winning Ghost Wars and the dean of the Graduate School of Journalism at Columbia University, and from 2007 to 2013 was president of the New America Foundation, a public policy institute in Washington, D.C. He is a staff writer for The New Yorker, and previously worked for twenty years at The Washington Post, where he received a Pulitzer Prize for explanatory journalism in 1990. He is the author of seven other books, including On the Grand Trunk Road, The Bin Ladens, Private Empire, and Directorate S. 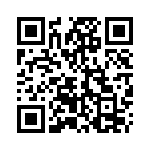