Page 41
Meanwhile , much progress had been made in the exploration of the great lake district of Central Otago . In June 1859 , Donald Hay , a settler , reached Lake Wakatipu , which had been known from 1853 onwards to various settler explorers ...
Page 44
In 1895 Sir Thomas Mackenzie completed a report of explorations conducted between Lake Manapouri and the coast , while in ... spent some years in the work of exploration ; and , in 1888 , after many unsuccessful attempts , succeeded in ...
Page 277
II and III contain full description of the Maoris , explorations , whalers , missionaries , etc. ... Recent Exploration in the Southern Alps of New Zealand . R. Geog . ... Topographical and Geological Exploration in Western Nelson .

47 other sections not shown 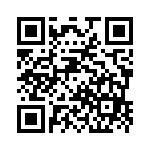