Kaushik Basu is C. Marks Professor of International Studies at Cornell University and former Senior Vice President and Chief Economist at the World Bank. He is the author of An Economist in the Real World (MIT Press). 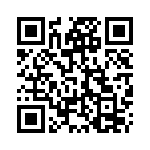