simple explanations make this book to be read 2wise, well book contains historical happpenings relevant to a history student , but this content even makes a normal reader to digg information about freedom struggle

At the time of his death BURTON STEIN was Professorial Research Associate in History at the School of oriental and African Studies, London. He had previously held professorships at the universities of Minnesota and Hawaii. His publications included Peasant State and Society in Medieval South India (1980) and Thomas Munro: The Origins of the Colonial State and his Vision of Empire (1989).

DAVID ARNOLD is Professor of Asian and Global History at the University of Warwick. His publications include The Problem of Nature (Blackwell, 1996) and Gandhi (2001). 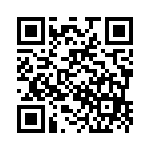