Ironically, for this second volume describes the achievement of Burton's quest--that is, his entry into Medina and Mecca--I found it not as stirring as Volume 1. This from the perspective of someone ... Read full review

Richard Francis Burton 1821-1890 Sir Richard Burton, the explorer, adventurer, translator, and student of Eastern sexual customs, was born in Torquay, England. He received an irregular education, which included an expulsion from Oxford University. In 1842 Burton enlisted in army of the East India Company and went to India, where he learned the Persian, Hindustani, Afghan, and Arabic languages. Burton was the first European to reach Harar, the religious capital of Somaliland. He was the discoverer of Lake Tanganyika and explored in the Congo, the Cameroons, Dahomey, and Brazil. He was a pioneer ethnologist and anthropologist. Burton was a linguist of dazzling ability, speaking 29 languages and 11 dialects. He wrote 43 books on his travels and two volumes of poetry. In addition to translating The Arabian Nights, he translated six volumes of Portuguese literature, two volumes of Latin poetry, and four volumes of Neapolitan, African, and Hindu folklore. Burton, together with Forster Fitzgerald Arbuthnot, created The Kama Shastra Society to print and circulate books that would be illegal to publish in public. This society fulfilled his ability to write about his deep interest in sexuality. Best known in this vein is his translation of The Kama Sutra, printed by the society in 1883. He was working on an English translation from the French edition of the arabic erotic guide called The Perfumed Garden. His manuscript entitled The Scented Garden was burned after his death by his wife, Isabel Arundel. It is rumored that Burton wanted this book to be published after his death to provide an income for Isabel, but she destroyed it in an effort to preserve his reputation. Burton died of a heart attack on October 20, 1890. Both Burton and his wife are buried in a tomb that is shaped like a Bedouin tent, designed by Isabel. The tomb is in St. Mary Magdalen's Roman Catholic Church Mortlake, southwestern London. 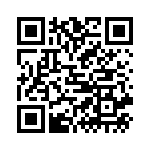