Page 13
CHAPTER II SUN , MOON AND NATURE WORSHIP I The Sun and Moon Gods of Antiquity THERE is nothing to marvel at in the fear with which the unseen and mysterious forces of nature gripped the mind of primitive man .
Page 16
The moon was deified under many names , among which are Astarte , Asherah , Cybele , Diana , Isis , Hekate , Mani , Artemis , Alilat , Lenanah , Ishtar , Juno , Lucina . The ancient Egyptians worshipped the moon as " Mother of the World ...
Page 17
There are , too , warnings against the worship of the moon , as well as of other heavenly bodies ; ' practices which the Israelites seem to have indulged in whenever opportunity offered and contrary to all the promulgations of their ... 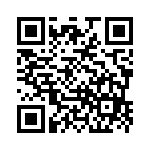