Christopher Hitchens was born in Portsmouth, England on April 13, 1949. He was a contributing editor to Vanity Fair and wrote for numerous other publications throughout his lifetime. He was the author of numerous books including No One Left to Lie To, For the Sake of Argument, Prepared for the Worst, God Is Not Great, Hitch-22: A Memoir, and Arguably. He died due to complication from esophageal cancer on December 15, 2011 at the age of 62.

Thomas Mallon, author of "In Fact", is a frequent contributor to many magazines & journals. His column, "Doubting Thomas" ran for six years in GQ. His novels Dewey Defeats Truman & Henry & Clara were New York Times Notable Books. A recipient of Guggenheim & Rockefeller fellowships, he lives in Westport, Connecticut. 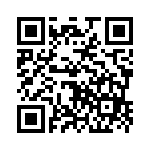