Page 454 - And on the day called Sunday, all who live in cities or in the country gather together to one place, and the memoirs of the apostles or the writings of the prophets are read, as long as time permits; then, when the reader has ceased, the overseer verbally instructs, and exhorts to the imitation of these good things.
Appears in 574 books from 1810-2008
Page 454 - And when the president has given thanks, and all the people have expressed their assent, those who are called by us deacons give to each of those present to partake of the bread and wine mixed with water over which the thanksgiving was pronounced, and to those who are absent they carry away a portion.
Appears in 127 books from 1829-2008
More
Page 454 - For not as common bread and common drink do we receive these, but in like manner as Jesus Christ our Saviour, having been made flesh by the Word of God, had both flesh and blood for our salvation, so likewise have we been taught that the food which is blessed by the prayer of His \Vord, and from which our blood and flesh by transmutation is nourished, is the flesh and blood of that Jesus Who was made flesh.
Appears in 113 books from 1800-2008
Page 454 - Jesus who was made flesh. .For the Apostles, in the memoirs composed by them, which are called Gospels, have thus delivered unto us what was enjoined upon them, — that Jesus took bread, and when He had given thanks, said : Do this in remembrance of Me: this is My Body; and that after the same manner, having taken the cup, and given thanks, He said, This is My Blood, and gave it to them alone.
Appears in 143 books from 1810-2007
Page 63 - Do not be afraid. I bring you good news of great joy that will be for all the people. Today in the town of David a Savior has been born to you; he is Christ the Lord.
Appears in 182 books from 1939-2008
Page 35 - When a town celebrates the busk," says he, " having previously provided themselves with new clothes, new pots, pans, and other household utensils and furniture, they collect all their worn out clothes and other despicable things, sweep and cleanse their houses, squares, and the whole town, of their filth, which with all the remaining grain and other old provisions they cast together into one common heap, and consume it with fire. After having taken medicine, and fasted for three days, all the fire...
Appears in 73 books from 1828-2007
Page 93 - If, for these and other such rules, you insist upon having positive Scripture injunction, you will find none. Tradition will be held forth to you as the originator of them, . custom as their strengthener, and faith as their observer.
Appears in 36 books from 1869-2007
Page 16 - God raised him high and gave him the name which is above all other names so that all beings in the heavens, on earth and in the underworld, should bend the knee at the name of Jesus and that every tongue should acclaim Jesus Christ as Lord, to the glory of God the Father.
Appears in 44 books from 1953-2007
Page 16 - His state was divine, yet he did not cling to his equality with God but emptied himself to assume the condition of a slave and became as men are; and being as all men are, he was humbler yet, even to accepting death, death on a cross.
Appears in 71 books from 1946-2008
Page 75 - We declare, pronounce, and define that the doctrine which holds that the most blessed Virgin Mary, in the first instant of her conception, by a singular grace and privilege granted by almighty God, in view of the merits of Jesus Christ, the Saviour of the human race, was preserved free from all stain of original sin, is a doctrine revealed by God and therefore to be believed firmly and constantly by all the faithful.
Appears in 40 books from 1904-2007
Less

Christian Roy, PhD, is a historian and a freelance translator and researcher. He is currently a member of the International Troeltsch-Tillich Project, preparing French editions of these two German theologians' works, based at Laval University, Quebec City, Quebec. 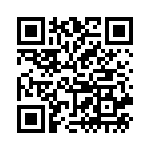