Page 38
In the Governor , Montmagny , they found a man who would not ignore law or
serve their ends . The Governor of Three Rivers , d ' Ailleboust , and Des
Chatelets went to France and petitioned the King for a change of the edict of
1647 , as ...
Page 54
Louis de Buade , Comte de Frontenac , appointed Governor of New France ,
began his administration on 12 September . He was a strong and clever man ,
conspicuous for his undaunted courage , his boldness and earnestness of
purpose ...
Page 158
London , a storm of petitions blackened Murray ' s character , demanded his
recall and the appointment of a “ civil ” governor . Regarded as the protégé of
Bute and of Lord George Sackville , Murray was easily prejudiced in the eyes of
the ... 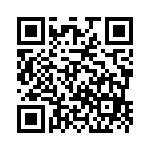