Page 97
Sampling. In a cultural study of this type , the unit of analysis is the argument not the article , although the article is ... Given those characteristics , a random sample of articles was unlikely to produce a representative sample of ...
Page 110
7 ) The argument then appears regularly in our sample ( variations of the phrasing appear somewhere in 41 sample documents ) : “ operates only on some children ” ( 144 , p . 608 ) , “ causation of aggression among some children ” ( 210 ...
Page 218
That is , with proper sampling procedures and measurements , we believe that the findings concerning the putative media ... Therefore , the causationists are representing the convenience samples they use as being representative of us .

Lori Bergen, Ph.D., is Associate Professor in the A. Q. Miller School of Journalism and Mass Communications at Kansas State University. She was formerly Associate Director of the Miller School, where she teaches mass communication ethics, reporting, PR writing, research methods and media literacy. Her research about newspapers, journalists, children and television violence appears in Newspaper Research Journal, Journal of Health Communication, Human Communication Research and Mass Communication & Society.
Bergen served on the national press staff for a 1980 presidential campaign, worked for newspapers and magazines in Kansas and Indiana during the 1980s, and continues to work as a public TV journalist, contributing public affairs reporting for Kansas Public Television. She received a Kaiser Family Health Foundation grant to produce a documentary on health care in rural communities, and was a fellow of the American Society of Newspaper Editors Program in Journalism Excellence.
Bergen was a member of the Board of Directors for the Association for Education for Journalism and Mass Communication in 2002-2003, and was head of the organization’s Professional Freedom and Responsibility Committee and the Newspaper Division. 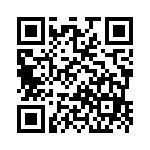