awesome book it really gives an out look on the person. It reminds me more of existentlism.

Comments on this book typically deal with the controversial elements of freedom and dignity, however, often overlooked in reviews, is Skinner's assertion that values, ethics and morality are within the purview of a behavioral science (Chapter 6). Unlike most scientists who, like Stephen Gould, continue to see a separation of "facts" from "shoulds," Skinner shows how both can be addressed (explained, predicted and controlled) within a scientific paradigm. As to other scientists who believe science can account for morality, e.g., the neuroscientist Sam Harris, Skinner provides the much stronger argument.

Burrhus Frederic Skinner (1904--1990), regarded by many as the most important and influential psychologist since Freud, earned his doctorate in psychology at Harvard University in 1931. Following appointments at the University of Minnesota and Indiana University, he returned to Harvard in 1948. He remained there for the rest of his career, retiring in 1974 as Edgar Pierce Professor of Psychology. His many works include Walden Two (1948) and Verbal Behavior (1957). 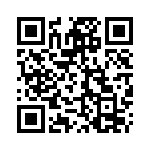