the great Belzoni of 1820 who was the earliest and most prolific extractor of antiquities from Egypt said of this book by Burckhardt (who he calls "Sheik Burckhardt")
"Much has been written on Egypt and Nubia by the travellers of the last century, by Denon, and the French spavans, whose general account of these countries has scarcely left any thing unnoticed; and by Mr. Hamilton, to the accuracy of the latter of whom I can bear the most ample testimony. But what can I say of the late Sheik Burckhardt, who was so well acquainted with the language and manners of these people, that none of them suspected him to be an European ? His account of the tribes in these countries is so minutely correct, that little or nothing remains for observation in modern Egypt and Nubia."
Giovanni Battista Belzoni ( the greatest Egyptian early explorer)
1820
from the preface his
"Narrative of the operations and recent discoveries within the pyramids, temples, tombs, and excavations in Egypt and Nubia
Giovanni Battista Belzoni" 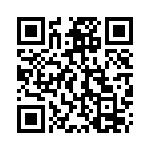