Roxy Peck is Associate Dean Emerita of the College of Science and Mathematics, and Professor of Statistics Emerita at California Polytechnic State University, San Luis Obispo. A faculty member at Cal Poly from 1979 until 2009, Roxy served for six years as Chair of the Statistics Department before becoming Associate Dean, a position she held for 13 years. She received an M.S. in Mathematics and a Ph.D. in Applied Statistics from the University of California, Riverside. Roxy is nationally known in the area of statistics education, and she was presented with the Lifetime Achievement Award in Statistics Education at the U.S. Conference on Teaching Statistics in 2009. In 2003, she received the American Statistical Association s Founder s Award, recognizing her contributions to K-12 and undergraduate statistics education. She is a Fellow of the American Statistical Association and an elected member of the International Statistics Institute. Roxy served for five years as the Chief Reader for the Advanced Placement (AP) Statistics Exam and has chaired the American Statistical Association s Joint Committee with the National Council of Teachers of Mathematics on Curriculum in Statistics and Probability for Grades K-12 and the Section on Statistics Education. In addition to her texts in introductory statistics, Roxy is also co-editor of Statistical Case Studies: A Collaboration Between Academe and Industry and a member of the editorial board for Statistics: A Guide to the Unknown, 4th Edition. Outside the classroom, Roxy likes to travel and spends her spare time reading mystery novels. She also collects Navajo rugs and heads to Arizona and New Mexico whenever she can find the time.

Chris Olsen taught statistics at George Washington High School in Cedar Rapids, Iowa, for over 25 years and currently teaches at Grinnell College. Chris is a past member (twice) of the AP Statistics Test Development Committee and has been a table leader at the AP Statistics reading for 14 years. He is a long-time consultant to the College Board and has led workshops and institutes for AP Statistics teachers in the United States and internationally. Chris was the Iowa recipient of the Presidential Award for Excellence in Science and Mathematics Teaching in 1986, a regional awardee of the IBM Computer Teacher of the Year in 1988, and received the Siemens Award for Advanced Placement in Mathematics in 1999. Chris is a frequent contributor to and is moderator of the AP Teacher Community online. He is currently a member of the editorial board of Teaching Statistics. Chris graduated from Iowa State University with a major in mathematics and philosophy, and while acquiring graduate degrees at the University of Iowa, he concentrated on statistics, computer programming, and psychometrics. In his spare time he enjoys reading and hiking. He and his wife have a daughter, Anna, a Caltech graduate in Civil Engineering.

Jay Devore is Professor Emeritus of Statistics at California Polytechnic State University. He earned his undergraduate degree in Engineering Science from the University of California at Berkeley, spent a year at the University of Sheffield in England, and finished his Ph.D. in statistics at Stanford University. Jay previously taught at the University of Florida and at Oberlin College and has had visiting appointments at Stanford, Harvard, the University of Washington, New York University, and Columbia University. From 1998 to 2006, he served as Chair of the Cal Poly Statistics Department. In addition to this book, Jay has written several other widely used statistics texts for engineers and scientists and a book in applied mathematical statistics. He recently coauthored a text in probability and stochastic processes. He is the recipient of a distinguished teaching award from Cal Poly, is a Fellow of the American Statistical Association, and has served several terms as an Associate Editor of the Journal of the American Statistical Association. In his spare time, he enjoys reading, cooking and eating good food, tennis, and travel to faraway places. He is especially proud of his wife, Carol, a retired elementary school teacher, his daughter Allison, who has held several high-level positions in nonprofit organizations in Boston and New York City, and his daughter Teresa, a high school teacher in Brooklyn. 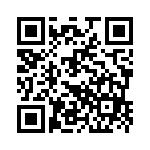