Page 85
Reference Points in Attribute Framing . The reference point hypothesis ( McKenzie & Nelson , 2003 ; Sher & McKenzie , 2006 ) concerns situations in which some reference point level of X1 is salient to the speaker .
Page 86
a the reference point . For example , Sher and McKenzie ( 2006 ) had participants roll a six - sided die six times . For some participants , five sides of the die were black and the remaining side was white .
Page 87
In other words , when there is uncertainty about the reference level of a choice - relevant variable , rational actors will exhibit a valence - consistent shift . Implicit Recommendations in Attribute Framing .

20 other sections not shown

Nick Chater is Professor of Cognitive and Decision Sciences at University College London. He has an M.A. in Psychology from Cambridge University, and a PhD in Cognitive Science from Edinburgh. He has held academic appointments at Edinburgh, Oxford, and Warwick Universities. His research focussed on
attempting to find general principles that may be applicable across many cognitive domains, ranging from reasoning and decision making, to language acquisition and processing, to perception and categorization. Since the late 1980s, in collaboration with Mike Oaksford, he has been interested in the
application of probabilistic and information-theoretic methods for understanding human reasoning. Mike Oaksford is Professor of Psychology and Head of School at Birkbeck College London. He was a research fellow at the Centre for Cognitive Science, University of Edinburgh, he was then lecturer at the
University of Wales, Bangor, and senior lecturer at the University of Warwick, before moving to Cardiff University in 1996 as Professor of Experimental Psychology, a post he held until 2005. His research interests are in the area of human reasoning and decision making. In particular, with his
colleague Nick Chater, he has been developing a Bayesian probabilistic approach to deductive reasoning tasks. According to this approach reasoning biases are the result of applying the wrong normative model and failing to take account of people's normal environment. He also studies the way the
emotions affect and interact with reasoning and decision making processes. 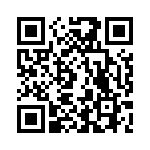