Page
Sugar before and rubber after both failed to transform their respective regions with the breadth and depth of the coffee ... between coffee and the broader regional economy that both stimulated and reinforced the development process.
Page
Some searched for the origins of the imbalance in regional fortunes Brazil has experienced in the nineteenth century, both to understand Săo Paulo's development success and to explain other regions' failures.9 Others examined the ...
Page
Dozens of researchers attributed this development to one or many factors that included the introduction of a wage-labor (therefore consumer) class, the construction of a regional transportation network, the development of commercial ...
Page
... manufactures that were flourishing throughout Europe.18 Merchants had long contributed to economic activity by facilitating the circulation of goods and services by carting regional products to established fairs and trading cities.
Page
This was not an impersonal or anonymous financial market, but it was a robust and successful one that in the long run gave New England a significant edge in economic development over other regions of the United States.39 In spite of ...
Next » 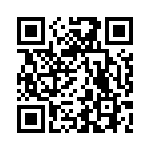