B. F. Skinner, an American behavioral psychologist, is known for his many contributions to learning theory. His Behavior of Organisms (1938) reports his experiments with the study of reflexes. Walden Two (1949), a utopian novel, describes a planned community in which positive rather than negative reinforcers serve to maintain appropriate behavior; the novel stimulated the founding of some experimental communities. In Beyond Freedom and Dignity (1971), Skinner attempted to show that only what he called a technology of behavior could save democracy from the many individual and social problems that plague it. (An early example of this technology is the so-called Skinner box for conditioning a human child.) A teacher at Harvard University from 1948 until his retirement, Skinner was for some the model of the objective scientist, for others the epitome of the heartless behaviorist who would turn people into automatons. 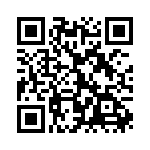