Elizabeth W. Kiddy is Assistant Professor of History and Director of Latin American and Caribbean Studies at Albright College. 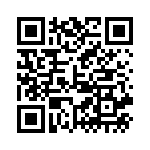