Page 121
The proximate noun is , as in Algonquian languages , morphologically unmarked
, while obviative nouns are marked with the suffix - ( i ) s . In ( 3 ) , for example ,
the notional object pa + kiy ' woman ' bears this suffix -8 , indicating its obviative ...
Page 133
This suggests that inanimate NPs are in some sense functionally obviative in
Ojibwa even if they are not marked as such . The fact that they trigger obviative
agreement on agreeing forms , as noted above , provides further support for this .
Page 145
There is an inflectional category of nouns , where one value , obviative , is
formally marked , the other value , proximate , formally unmarked . b . There is an
inflectional category of verbs , distinguished by whether the subject of the verb is
... 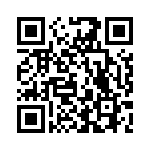