50 pages matching discipline in this book

Joyce Oldham Appleby was born in Omaha, Nebraska on April 9, 1929. She graduated from Stanford University in 1950. She worked for the Restaurant Reporter, a trade magazine based in Beverly Hills, and later as a stringer for The Star-News, a local South Pasadena newspaper. She received a Ph.D. from Claremont Graduate University. She taught at San Diego State University and at the University of California, Los Angeles. She retired from there in 2001. She wrote several books during her lifetime including Economic Thought and Ideology in 17th Century England, Inheriting the Revolution: The First Generation of Americans, Capitalism and a New Social Order: The Republican Vision of the 1790s, Liberalism and Republicanism in the Historical Imagination, The Relentless Revolution: A History of Capitalism, and Shores of Knowledge: New World Discoveries and the Scientific Imagination. She died from complications of pneumonia on December 23, 2016 at the age of 87. 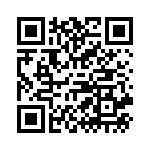