When Olive Dickason discovered that she had Metis ancestry, she began to wonder about Canada before Europeans. As she learned more about that too-often ignored past, her country took on a whole new aspect. Exploring its history became a personal quest, all the more focussed because the heritage of her mixed ancestry had been reinforced during her early years by living on the land in Manitoba's north, hunting and trapping. She ended her career a professor of History at the University of Alberta. 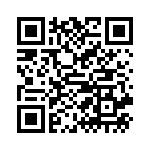