Page 21
The correspondence of consonants is more straightforward . The consonants are as in standard French except as follows . The apicals t and d are palatalized before ... Word final r is lost irregularly , but especially after a consonant .
Page 23
i u e . a . a Consonants 8 k Š Y h m n W These correspond exactly to the phonemes of Plains Cree . In addition there are the marginal consonant phonemes , b , d , and g , whose origin will be discussed in $ 1.1 below , and there are the ...
Page 169
Among the consonants he distinguishes voiced and voiceless stops , b , d , g and p , t , k . Similarly we find voiced ... The " surobviative " ending is -ni , -oni , -ini , following the same rule of the end - vowel or end - consonant . 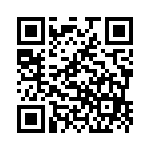