Nils John Nilsson was born in Saginaw, Michigan on February 6, 1933. He received a bachelor's degree and a Ph.D. in electrical engineering from Stanford University. He joined the Air Force and served three years at the Rome Air Development Center before joining the Stanford Research Institute in 1961. He helped develop the first general-purpose robot and was a co-inventor of algorithms that made it possible for the machine to move about efficiently and perform simple tasks. He later worked on the "Computer-based Consultant," which focused on natural language understanding. He wrote several books including Learning Machines: Foundations of Trainable Pattern-Classifying Systems and The Quest for Artificial Intelligence: A History of Ideas and Achievements. He died on April 21, 2019 at the age of 86. 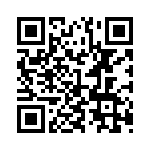