Barry Keith Grant is a professor in the Department of Communications, Popular Culture, and Film at Brock University in Ontario, Canada. He is the author or editor of many books, including Film Genre: From Iconography to Ideology, 100 Documentary Films (with Jim Hillier), and Documenting the Documentary: Close Readings of Documentary Film and Video (with Jeannette Sloniowski; Wayne State University Press, 1998), and has served as editor-in-chief of the four-volume Schirmer Encyclopedia of Film. 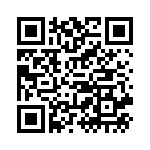