Gary D. Solis is a retired professor of law of the United States Military Academy, where he taught the law of armed conflict and directed West Point's law of war program for six years. He was a 2007 Library of Congress scholar in residence. He is a retired US Marine Corps lieutenant colonel, having twice served in Vietnam, where he was a company commander. He holds law degrees from the University of California, Davis and George Washington University, Washington DC. He has a doctorate in the law of war from the London School of Economics and Political Science. He is a member of the American Law Institute and teaches the law of war at Georgetown University Law Center. His books include Marines and Military Law in Vietnam (1989) and Son Thang: An American War Crime (1997). 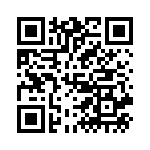