India's current foreign policy has evolved from its conflict with Pakistan over Kashmir, the humiliation of having China occupy its northern borderlands in 1962, and the further embarrassment of the ... Read full review

give me in urdu

Page 10 - Mahmud utterly ruined the prosperity of the country and performed there wonderful exploits, by which the Hindus became like atoms of dust scattered in all directions and like a tale of old in the mouth of the people.
Appears in 111 books from 1890-2008
Page 20 - Very often the hero of one is a foe of the other and, likewise, their victories and defeats overlap. To yoke together two such nations under a single state, one as a numerical minority and the other as a majority, must lead to growing discontent and final destruction...
Appears in 124 books from 1916-2005
More
Page 20 - The Hindus and Muslims belong to two different religious philosophies, social customs, literatures. They neither intermarry nor interdine together, and, indeed, they belong to two different civilisations which are based mainly on conflicting ideas and conceptions. Their aspects on life and of life are different.
Appears in 85 books from 1916-2008
Page 14 - LIBERTY will not descend to a people, a people must raise themselves to liberty, it is a blessing that must be earned before it can be enjoyed.
Appears in 106 books from 1823-2007
Page 23 - It will intensify their sense of responsibility and deepen their patriotic feeling. Thus, possessing full opportunity of development within the body-politic of India, the North- West Indian Muslims will prove the best defenders of India against a foreign invasion, be that invasion the one of ideas or of bayonets.
Appears in 33 books from 1944-2004
Less

Stephen Philip Cohen is a senior fellow in the Foreign Policy Studies program at the Brookings Institution. He is the author of classic books on India's and Pakistan's armies and the widely praised India: Emerging Power (Brookings, 2001). He was a member of the Policy Planning Staff of the U.S. Department of State and before joining Brookings was a faculty member at the University of Illinois. 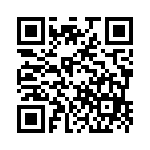