Barry Eichengreen is George C. Pardee and Helen N. Pardee Professor of Economics and Political Science at the University of California, Berkeley. His books include Golden Fetters: The Gold Standard and the Great Depression, 1919-1939 and Globalizing Capital: A History of the International Monetary System (Princeton). 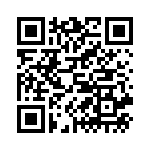