Yes, this is one of the preeminent historians of war writing today. Yes, we should expect a great deal from his work. With these points in mind, Victor Davis Hanson, former professor of classics at ... Read full review

Ripples of battle: how wars of the past still determine how we fight, how we live, and how we think

Each human life has an impact on others, creating ripples that eventually affect future generations. Here, Hanson (classics, California State Univ., Fresno; The Western Way of War) argues that the ... Read full review

11 other sections not shown

VICTOR DAVIS HANSON is Professor of Classics at California State University, Fresno. He is the author of several popular books on classic warfare, including The Other Greeks, The Western Way of War, and Carnage and Culture. 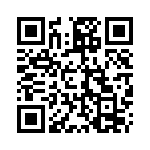