Author Compton Mackenzie was born in West Hartlepool, England on January 17, 1883. He studied law at Magdalen College in Oxford, but stopped in 1907 to focus on his writing career. He served with British Intelligence during World War I and later published four books about his experiences during this time. He published ninety books including The Passionate Elopement, Carnival, and Sinister Street. He was also a broadcaster and founded and edited the magazine Gramophone. He was knighted in 1952 and died in Edinburgh, Scotland on November 30, 1972. 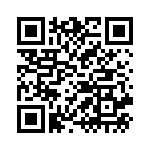